Quirica is a Carthusian Princess.   Her blood line is magnificent and her progeny are true to type.

Born in 2013, Bozenas Maravillosa is off Macetero IX. A friendly and beautiful filly. She will be available for sale in 2016. A reservation can be made at any time 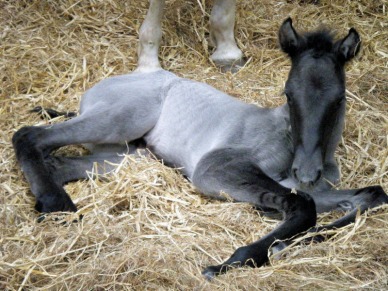 Primorosa was born on th 9th of June 2010. This beautiful filly is the first daughter of Golondrino XX.

Quirica is a Carthusian Princess.  Her blood line is magnificent and her progeny are true to type.

We have named this precious filly Primorosa after an ancestor of both parents. Primorosa was a Carthusian mare registered in 1850, and I know that my pretty Primorosa will live up to her great heritage.  Primorosa means elegant and graceful.

This is her at 1 day old 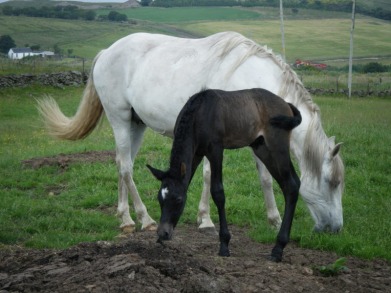 Maluso, a handsome colt to Martillo II was born in 2009, here he is at one day old. He is named after the famous Yeguada Militar stallion who is credited with being one of the most influencial stallions of all time. 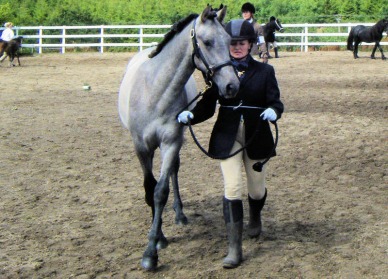 Faustino was born in 2008, a handsome colt to Martillo II. This is him being shown as a yearling, such an intelligent and loving boy. Full brother to Maluso and Queriniosa. 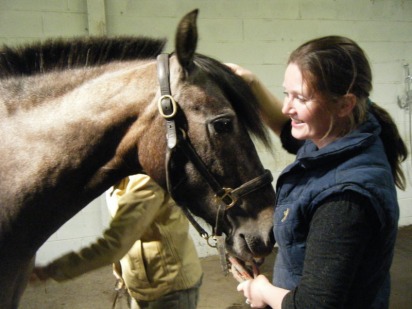 Queriniosa is Quiricas foal to Martillo II, born in 2007. This photo is at her Grading this year, 2010. She is now a fully APTO Graded PRE mare, and my baby. 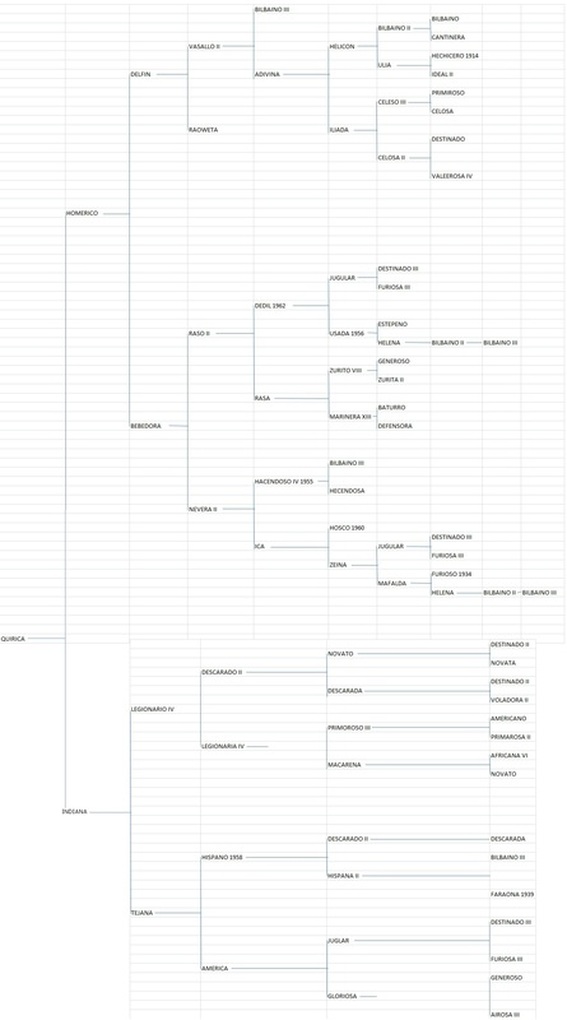